What do i get from completing the island? 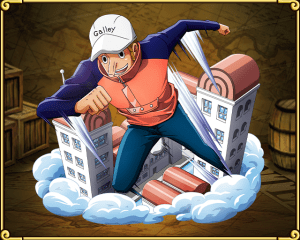 Plus a gem for completing all 4 islands

So is he hard to beat?

Well it depends on if you have a good DEX team or not.. Yep thats right you can only use DEX units for 15 and 30 stamina islands.

15 stamina is setup very similar to 30 stamina. The main difference is the bosses.

The following are the recommended captains for completing this island. For all captains throw in the best DEX team you can put together (OPTC DEX tier list for reference). Smoke is a great unit to have due to his special to help take some pound off one of Rob Lucci’s attacks, or if your running double Zoro then save Smokers special incase you go under 1/3 Rob Lucci’s HP and are up against his 36k Special ATK.

To see the notices and events events click on the bird with the newspaper to the right of your adventure page.